by Hondata
I think you should sort out your battery voltage first.

by D-Rob
That was the serpentine belt loose (no tensioning system, three-pulley combo).

D-Rob wrote:I do feel the filtering can smooth it over a bit, and make the signal more consistent.

Can we perhaps have access to the filtering of the signal?

What would be cool is just to use the last flex content value after a certain MAP threshold is hit. One can assume the E content isn't changing in boost/WOT, and it can be a failsafe in case the signal ever cuts out (or loss of fuel in the return on high powered cars).

Vit
I understand this is the case 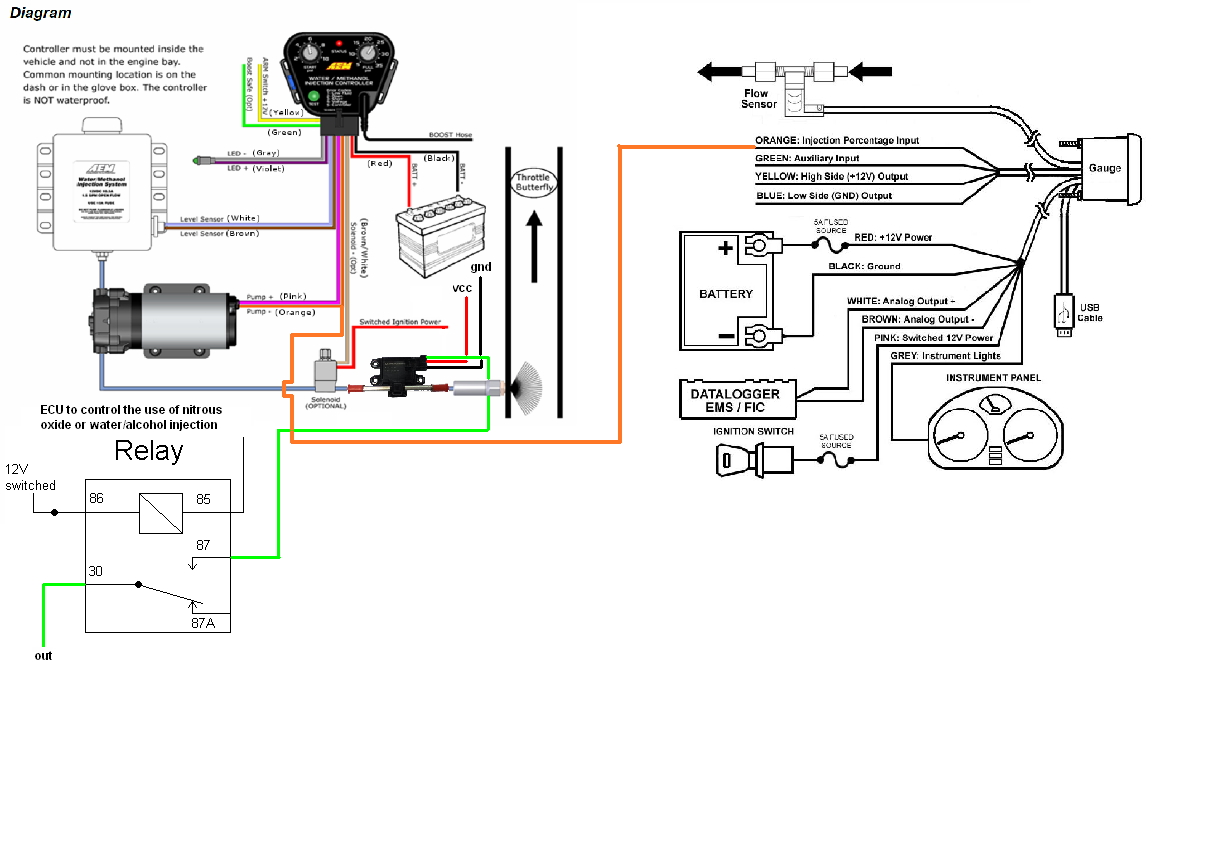 by VitViper
Fuel flow across the sensor (or lack of it) will cause the signal to drop low, I have confirmed this -- my 81% content will drop to as low as 68%. I noticed sensor placement will make this happen very easily under high load/boost -- if the sensor isn't very low in the return line then under high load situations gravity isn't helping pull the fuel down the return and just makes the issue this much worse.

I redid the fuel system on my S2K with a -8 feed and -6 return with an Aeromotive FPR and moved the flex fuel sensor up higher to make it more accessible... wow quite the difference in the reading at WOT --> i'll drop from 81% to 68%. AEM is giving us the ability to latch onto the last flex content value before we hit high load to combat this behavior.

by Hondata
I could latch the value with load or rpm, but I wonder what the best solution is. The ethanol content should only change when the tank is filled - the rest of the time it should be constant.
Can you provide a few datalogs which show the changing value?

Hondata wrote:I could latch the value with load or rpm, but I wonder what the best solution is. The ethanol content should only change when the tank is filled - the rest of the time it should be constant.
Can you provide a few datalogs which show the changing value?

I don't have KPro datalogs as I don't have a KPro car on flex fuel. I can show you how drastic the drop is by simply changing the location of the sensor and putting a heavy fuel demand on the fuel system on my AEM S2K.

by VitViper
Attached is a screenshot into 4th gear on my S2K. Back when I had the flex content sensor down "low" using the OEM fuel lines on the car I would only lose 2-3% (.81 to .78 or so). Simply changing the fuel return to a big -8 feed (and upgrading to 2200 injectors) and a -6 return as well as moving the sensor to a higher position caused me to drop 13% flex content on high fuel demand situations. And I'm only at 53% on the injectors right now, it's only going to get worse after I put my 6467 on the car, hah.

The result is kind of annoying as I lose 2-3* of timing with the flex content drop at those boost levels (pump gas timing map is effectively nonexistent above 20psi since 92 octane just doesn't support those boost levels). Hence I started bugging AEM about it... lol

I expect this behavior to be similar if not identical on KPro/S300 equipped cars. So it would be nice to have a setting to latch onto the flex content at "X" kpa load value and run that until you drop below that load point again.

Appreciate your attention to this!

by D-Rob
Vit is right, it's quite problematic when the content reading drops under load.

The first log I attached shows content dropping when high load/boost is applied. My sensor location is a few inches from the return on my regulator.

Latching onto the last low-load reading would be superb, and keep FlexFuel corrections constant, instead of pulling fuel and timing when one is in the throttle.

by D-Rob
Latched to engine speed wouldn't be a bad idea.

The sensor in a return line would be getting near constant flow and signal at idle speeds/low load/RPM, and would provide a good basis for anything higher.

by Hondata
For the next release I have implemented a moving average and a maximum rpm for readings to change.
The moving average can be set slow enough that it takes many minutes for the reading to settle. The average is reset when you key on, so you should get a quick change when you fill up and the ethanol content changes. In practice, I find that after filling you have to drive to slosh the fuel around before the reading settles. Anyhow, it should fix the problem where the sensor reading changes at rpm.