I am running on version 1.9.3 now without any issues.
Top

Both cars are stock k20a with stock injectors and stock fuel pump.

I wish I couldn't update the version of the falshpro and use 1.9.3 also. Because of firmware updated several times on flashpro hondata did not reccomend to downgrade the firmware.
Top

Then u may wanna check the car's exos system for any leaks as well. If there is leakage AFR will turn lean. Usually is the header that's leaking.

During WOT open loop, ecu only follows the fuel table, no more trimming. Air gets sucked into the leaking header causing a lean AFR.
Top

You are right, but if the header or exhaust leaking my external wideband sensor should read much more lean because I attach it with a tailpipe on the tip of exhaust. Am I wrong ?
Top

It really depends on how much leakage there is....

I got loose screws at the header joint as well. Those screws with a spring. AFR was like 0.5 leaner across whole rpm range only.
Top

Datalog saves from the FlashPro to my laptop are much faster with v2.0.4! Before it would run through the progress bar and then wait an equal amount of time seemingly doing nothing until the file actually gets saved. This 2nd phase has been greatly reduced.
Top

Every time i update to a newer version i have issues with something. Ive un-installed and reinstalled like 3 times and re downloaded calibrations thinking somehow they got screwed up but nothing works. I hate even messing with flashpro anymore cause there is always a issue with something . Anyone know what is causing this?

Please use the 'send support information to Hondata' function with the FlashPro plugged in.
Hondata
Top

Useful for larger throttle bodies or a messed up one like mine, lol. I plan to update that thread soon with my findings but preliminary results show an improvement.
Top

Can we please have the DPI Scaling that's in 2.0.6 looked at? It's rather silly looking on my 3200x1800 display scaled to 150%. The scaling that was being used in 2.0.1 was much cleaner and actually scaled better relative to all the other elements in the UI. I use the touch screen on my laptop extensively when tuning and now all the toolbar buttons are super skinny (especially height-wise) and difficult to touch now than in 2.0.1. I circled the elements in blue. 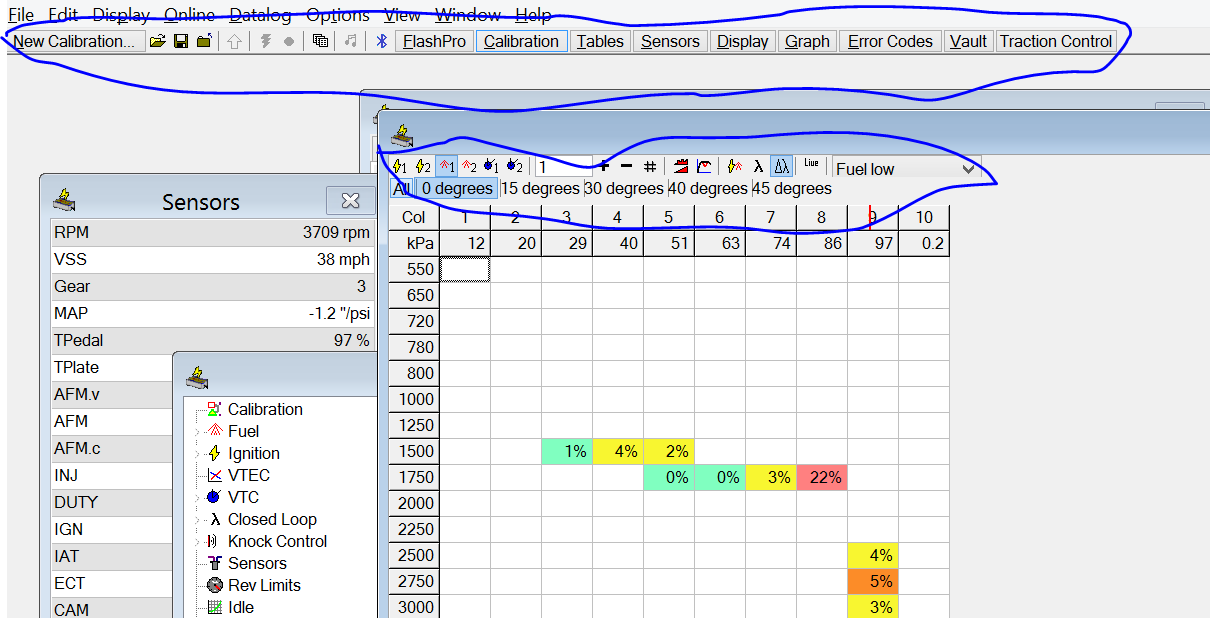 Already has been done.
Hondata
Top

2.0.9 link is broken, I'm assuming you're in the middle of releasing that version.
Top

Yes, we were beating it with a rubber hose. It is uploaded now.
Hondata
Top
Post Reply
81 posts